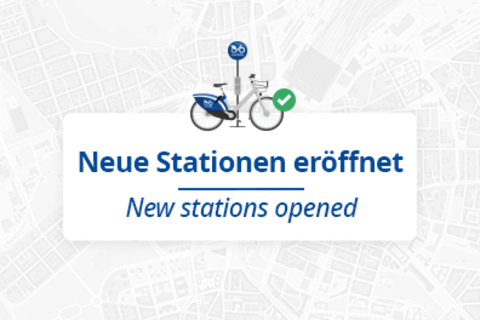 Discovered it yet? The KVB-Rad has now arrived in Chorweiler. You can now rent and return bikes at three stations in the district for now:

More stations are still being planned.

In Nippes there are already KVB bike stations. These have now been expanded to include another Station in Longerich at the intersection of Longericher Straße/Hansenstraße.

All stations are marked in the map of the app.

nextbike by TIER is the European market leader in bike sharing and stands for a multimodal and socially fair transport transformation. In over 300 locations in more than 20 countries, nextbike by TIER has established bike sharing as an elementary component of livable cities and regions. Integrated into public transport, the company offers millions of users the ideal means of transport for their daily needs with pedal bikes, e-bikes and cargo bikes. nextbike by TIER is a brand of TIER mobility SE, the world's leading shared micro-mobility provider.